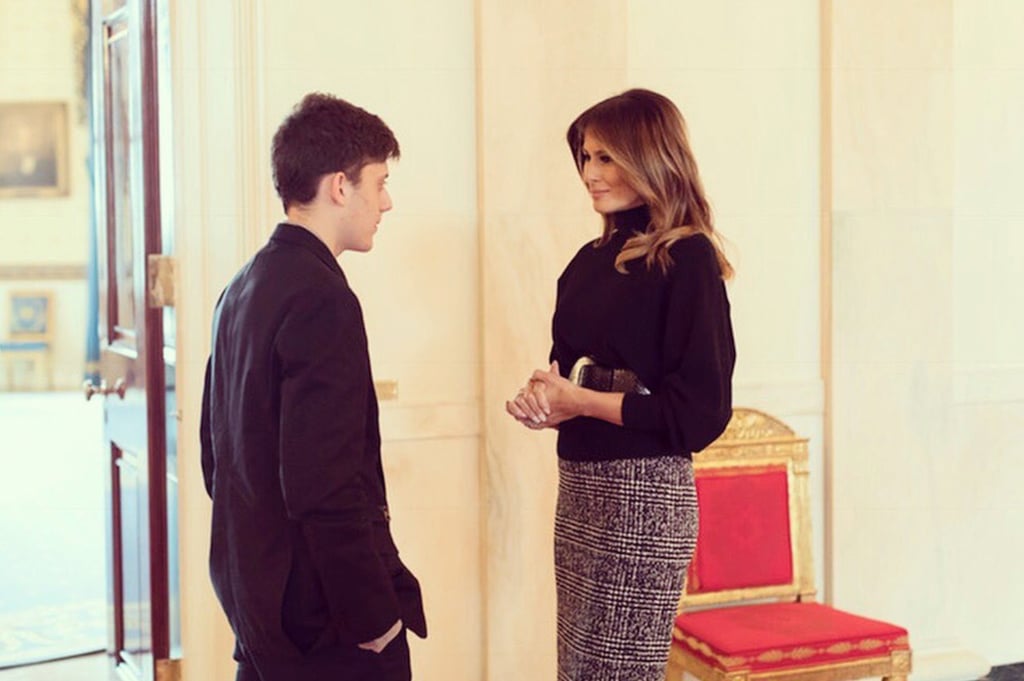 The world is still reeling from the tragic shooting that took place on Valentine's Day in Parkland, FL. The brave victims of the Marjory Stoneman Douglas High School shooting have been taking a stand and trying to make sure that a senseless act like this never happens again. After giving a somber speech in the White House wearing a respectable white midi dress, Melania Trump kept it sleek and simple for a meeting with a student who survived the horrific shooting. Sixteen-year-old Kyle Kashuv was in Washington to meet with lawmakers to voice his concerns about gun control laws. During his time there, he also met with Melania and Donald Trump at the White House. For the meeting, Melania opted for a black turtleneck sweater with a tweed skirt and a black heels. She finished her look off with a wide, Western-inspired belt around her waist. Read on to click through the photos, and see her outfit ahead.