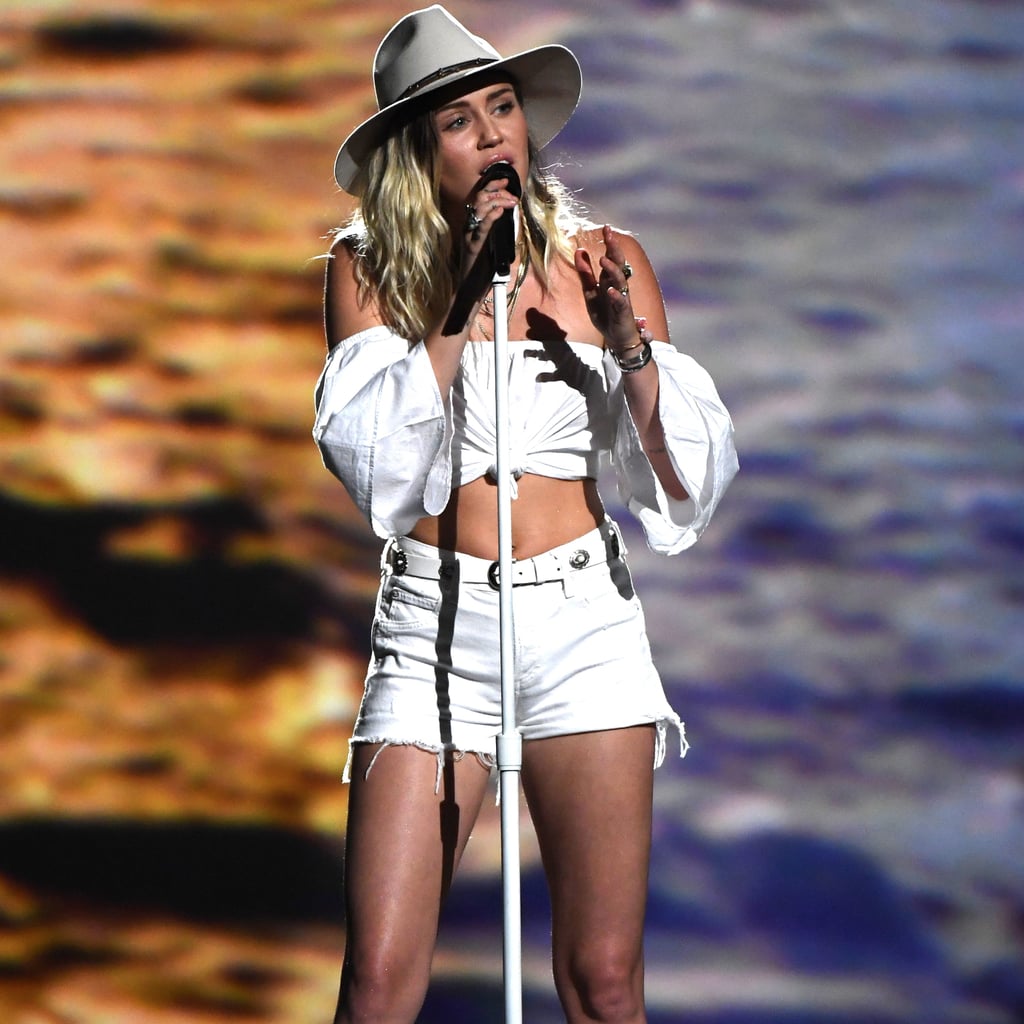 There was a time when Miley Cyrus's performances came with mesh leotards, animal ears, and underwear as trousers, but when the singer took the stage at the Billboard Music Awards in Vegas on Sunday, she appeared cooler and calmer — and sans outfit antics.

Miley stepped out to perform her latest, "Malibu," in a look that echoes the effortless feel of the outfits she wears in the music video, including a white off-the-shoulder crop top, cutoffs, boots, and a wide-brimmed hat. She may just have the most casual outfit of the night, but this Miley doesn't seem to mind a bit. Read on to see the star go under the radar with her laid-back look.

Celebrity News
Brad Pitt Is Having the Most Fun on the "Bullet Train" Press Tour, and We Have Photo Evidence
by Lindsay Kimble 4 days ago