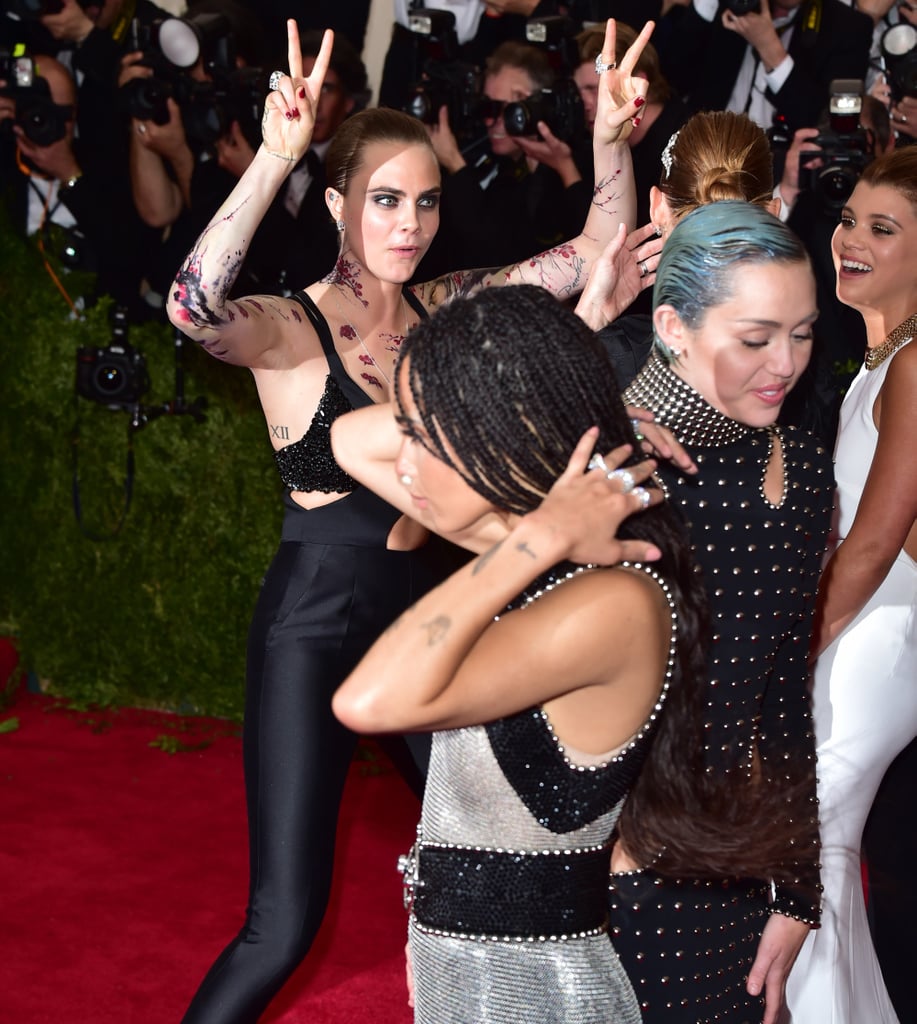 The Models Definitely Had the Most Fun at the Met Gala

The style was spot-on at the 2015 Met Gala with looks ranging from naked chic to golden goddess. Jennifer Lopez's sheer Versace dress left little to the imagination, while Rihanna's Guo Pei number commanded everyone's attention. Although the stars wore their best looks, the models were in a league of their own. Kendall Jenner revealed some sexy side cleavage in a Calvin Klein number, while best friend Gigi Hadid rocked a plunging neckline in a sizzling red Diane von Furstenberg dress.

Kendall and Gigi also linked up at the ball, and we couldn't help but notice how much fun all the models were having as they walked the red carpet. Cara Delevingne broke from posing to flash a peace sign, and Behati Prinsloo had plenty of candid moments with Victoria's Secret Angel pal Candice Swanepoel. The models not only brought their A-game outfits but also spread some cheer on the red carpet. Keep reading to see all the candid moments you may have missed.