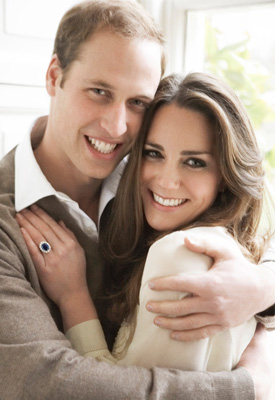 Despite Bruce Oldfield being the bookmakers favourite to design Kate Middleton's wedding dress, the jury is still out on who has been officially commissioned. Today speculation suggests that it could be a "little known" British designer.

Royal correspondent Yvonne Yorke explained, "Much of the focus on him is due to his connection with Diana - Oldfield had designed evening gowns for the princess early in her marriage. However, as Catherine already has the 'Diana ring,' she has other ideas regarding her wedding dress."

She ruled out Issa and seemed sceptical about Bruce Oldfield before commenting, "When the name is officially announced, it will come as a surprise to many, and the designer will then be known around the world. For clues on the identity, I suggest looking at those who have made dresses for Catherine, her sister Pippa, and her mother Carole."

My research has brought to the forefront a couple of names including Katherine Hooker and Amanda Wakeley, but still nothing has been confirmed.

Celebrity Style
Who Recognises Nancy Pelosi's Dress at Trump's Impeachment Vote From the First Time Around?
by Chanel Vargas 4 days ago