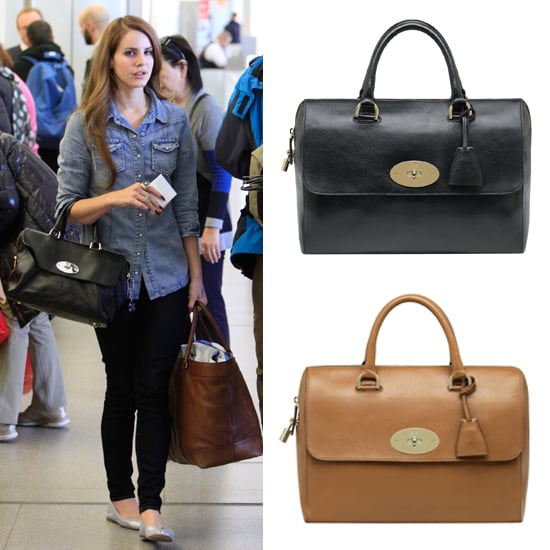 Attention all Mulberry devotees: a limited number of the eagerly anticipated Del Rey bag have been released early. Just three stores across the globe have received the early shipment today, a month before the worldwide launch on 14 May, and lucky for us one of those is the UK flagship at 50 New Bond Street in London. Our style sisters in the US can head to the flagship on Spring Street in New York and those in Singapore City can head to the Hilton Hotel store.

Lana Del Rey inspired the bag that was announced in February, and since then nearly 3000 people have registered their interest in the newest Mulberry bag. The first colours released are black and deer brown, and Lana herself was spotted carrying the black number at Tegel Airport before catching a flight to London last month. Is the Mulberry Del Rey on your wish list?