This weekend claims have been made against Naomi Campbell as a photographer accuses her of lashing out on a recent holiday to Lipari, near Sicily. Gaetano Di Giovanni says that he was scratched by the supermodel who was with her billionaire boyfriend at the time. 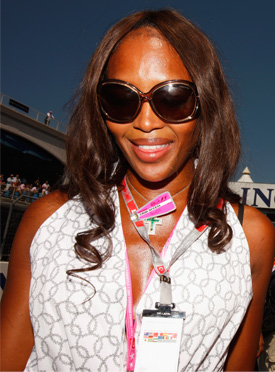 Speaking to Italian newspaper La Repubblica he explained, "First she hit with her bag, screaming at me and then she tried to slap me. I managed to avoid her – but her nails still got my eye."

Last Summer, Naomi was sentence to community service following an outburst of rage at British Airways staff. In a weird co-incidence, she was also accused of abuse on this exact day in 2005 by model Yvonne Scio who said the pair had a disagreement over clothes.