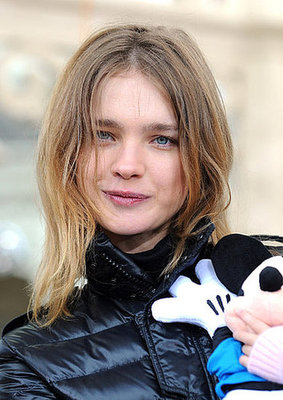 It’s no secret that I’m a bit of a Natalia Vodianova fan, and I’m certainly not alone! The gorgeous Russian model has recently adorned the cover of Vogue UK and showed us round her hometown of Moscow, but we might be about to see a lot more of her as she prepares to last years Jean Paul Gaultier contribution it seems they are really upping the fashion stakes.

Natalia is involved in the contest this year as it is being hosted by her home nation, of which she is very proud. Russia won the competition last year, and Natalia isn’t the only fashionable face lending support. Dita Von Teese is also involved in the show as she will perform with German entry Alex Sings, Oscar Sings! Will you be watching and supporting UK entry Jade Ewen?