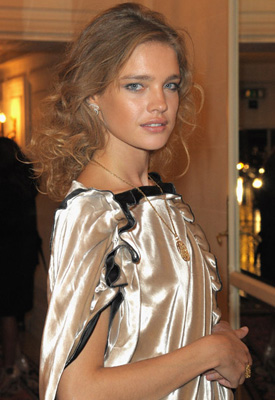 Yves Saint Laurent has an impressive portfolio of ad campaigns. They star some of the world's best known models including Kate Moss, Claudia Schiffer, and Naomi Campbell. Next season they have recruited another well known face as rumour has it that Natalia Vodianova is to take the reigns.

The Russian beauty was reportedly shot by Inez van Lamsweerde and Vinoodh Matadin for the Spring/Summer 2010 campaign. She did attend the show earlier this month in a high waisted leather skirt.

I am already a big fan of Natalia and think it would be great to see more of her! Would you like to see her as the face of the French fashion house?