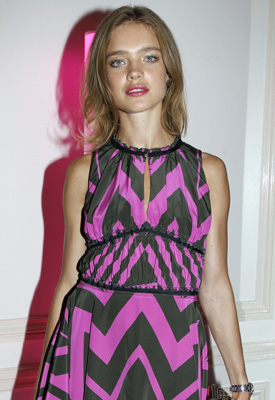 Last month, Naomi Campbell announced plans for a Fashion for Relief show at London Fashion Week and now it seems she isn't the only one doing a charitable turn. Natalia Vodianova is organising a Love Ball to take place on 23rd February at the Roundhouse.

The event will raise money for Natalia's charity, The Naked Heart Foundation which builds playgrounds in some of Russia's poorest areas. The model is teaming up with Harper's Bazaar and De Beers for the event which is similar to a previous ball held in Moscow. The London event will include dinner and an art auction with works by Jeff Koons, Sir Peter Blake, Keith Tyson, Marc Quinn and Francesco Vezzoli.