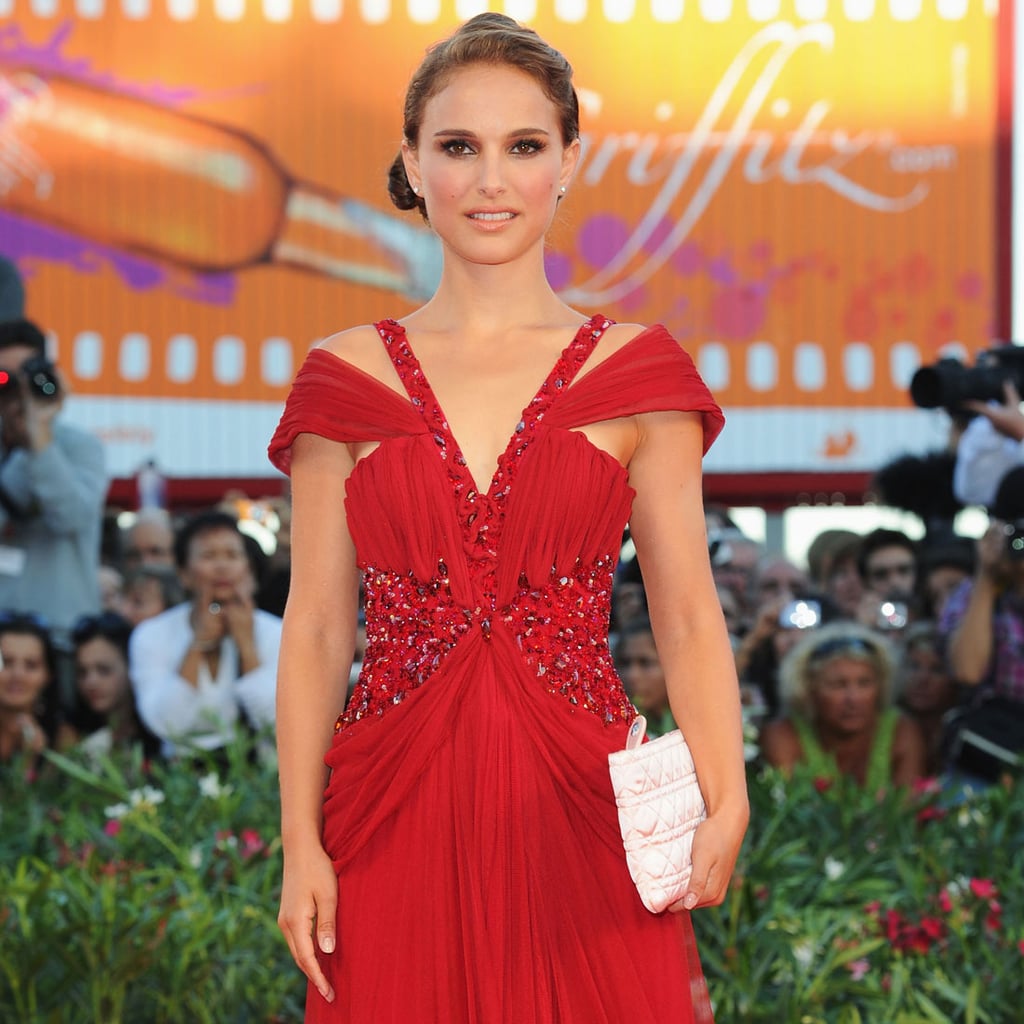 When you think of Natalie Portman, you instantly think triple threat: brains, beauty, and talent. Since joining the ranks of Hollywood's big leagues at only 13 with her breakout role in The Professional, the actress's rise to fame might best be described as incredibly poised. This is one girl with serious class — and speaking of class, she graduated from Harvard with a degree in psychology before going on to star in films V For Vendetta, Anywhere but Here, and Black Swan, her Oscar-winning role. The mother of 4-year-old son Aleph complements her natural beauty with a wardrobe that reflects easy sophistication and timeless glamour, a fashion feat that is both enviable and worthy of a second look.

Celebrity Style
Anne Hathaway, Simone Ashley, and 15 Other Stars Who Pulled Off Barbiecore in Valentino
by Shelcy Joseph 3 weeks ago