Vanity Fair is one of the few magazines to be popular across the globe and to successfully combine world affairs with fashion and lifestyle. Last week I reported on the star studded opening party for the Vanity Fair Portraits Exhibition which is currently taking place at the National Portrait Gallery. The all star line-up for the opening ceremony gives you a good introduction to the stars that appear in the exhibition which charts the magazines history from 1913 to the present day. It is split up in to two sections, 1913-1936 and 1983-2007 with portraits by some of the world's best photographers including Cecil Beaton, Mario Testino, and Annie Leibowitz. 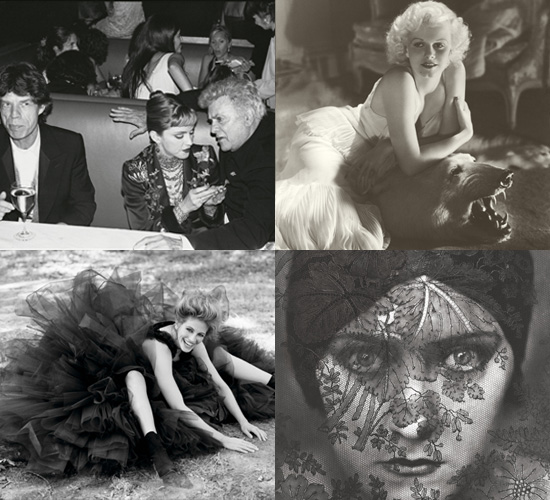 The carefully chosen images are era defining from the early stars of Hollywood such as Jean Harlow (pictured top right), Katharine Hepburn and Cary Grant to modern day celebrities including Matt Damon, Demi Moore and Scarlett Johansson. Celebrities are mixed in with political figures, classic writers and real life heroes such as the firefighters working at Ground Zero days after 9/11.
Click here to read more
Some of the key images are not simply shown on the wall but also in the original magazine in which they appear. This includes the iconic image of a heavily pregnant naked Demi Moore. It's important to see the original layout as it adds context to the photos.

It's amazing to see all the images together for the first time. The vast amount of pictures chosen stand testament to the achievements of the magazine. This is sure to be an exhibition that's talked about for a long time. The exhibition runs until 26th May 2008, you can book tickets here.