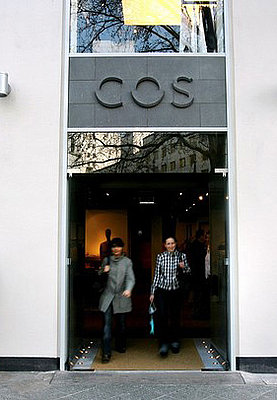 This economic climate may seem like an unusual choice of timing for a store to expand. Cos, however, are seemingly throwing caution to the wind as they unveil plans for a third store just days after the opening of their second.

Cos, which is the big sister of H&M, launched in the UK in March 2007 with a store on Regent Street. Last week the second store opened as part of Westfield London and today they've revealed plans for a third store in London's Covent Garden.

The store, which is due to open next Spring, will be part of the new St Martin's courtyard. It's a great place to shop if you like minimalist, chic pieces with an interesting cut. It is slightly pricier than H&M and arguably more grown-up but don't let that put you off.