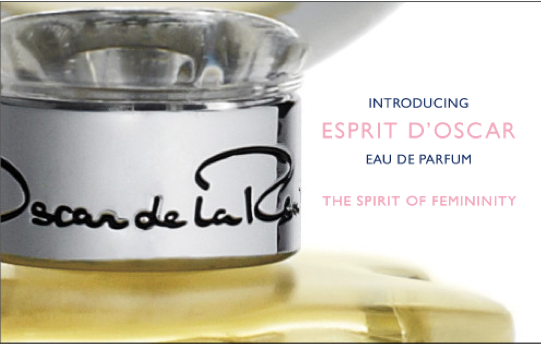 When the late Elizabeth Taylor asked fans to name her new scent via Twitter last year, it was a clear sign that marketing in the fragrance world was getting a shake-up. Now, Oscar de la Renta is launching Esprit D'Oscar, its first new fragrance in a decade, using its Facebook page and its Oscar PR Girl Tumblr. It's fascinating to see how well-established houses are dealing with the digital landscape, and how they're attempting to maintain their image while reaching out to a younger clientele.

In this case, it seems that de la Renta is working hard to keep brand integrity while finding new fans. Oscar is my mother's signature scent and smells amazing on her, but it's not something I would have considered wearing. Esprit D'Oscar, however, will definitely be getting a sniff.

Celebrity Style
Fans Are In Love With Meghan Markle's Sustainable Sapphire Ring, and We Can See Why
by Nikita Charuza 24/2

Celebrity Style
Take a Note From Meghan Markle, and Turn Life's Lemons Into Your Next Incredible Dress
by Karenna Meredith 22/2