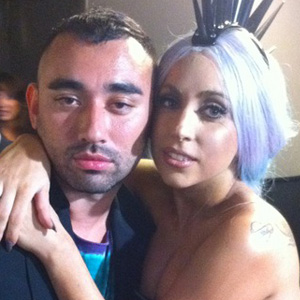 Nicola Formichetti, who is probably best known right now for being the driving force behind Lady Gaga's much talked about style, has today landed a role as creative director at Thierry Mugler. Nicola has been working with Dazed & Confused and Another Magazine for many years and is also the fashion director of Vogue Hommes Japan.

There was much speculation as to who would take on the reigns of Theirry Mugler with names like Gareth Pugh being thrown around. Nicola will present his first collection for Autumn 2011. He released a statement saying, "My approach is personal and always very eclectic. I’d like to find new ways for a luxury brand such as Thierry Mugler to excite people.”

It's been a good month for Nicola as he was also nominated for a gong at the British Fashion Awards 2010. I am excited to see what new life he breathes in to the label, do you think Nicola is a good match for this luxury fashion house?