With just a few weeks to go until the 2009 British Fashion Awards take place on December 9th, the British Fashion Council have just released a list of nominees. The awards celebrate the movers and shakers in the fashion industry from newcomers to classic brands. Last years winners included Luella (who has since lost financial support for her label) and Jourdan Dunn. This year, model of the year is sure to be the most talked about category as Daisy Lowe, Georgia May Jagger and Rosie Huntington-Whiteley battle it out for the prize. I am quite surprised that these three have been chosen as none of them are big catwalk names, instead they have all landed very impressive campaigns. What do you think of the nominees? 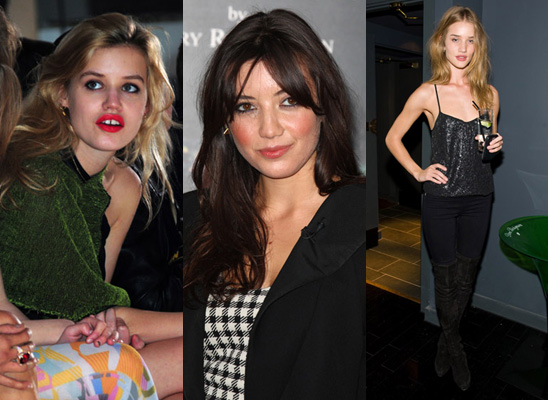 To see a full list of nominees, just read more.

Designer of the Year and the the Isabella Blow Award for Fashion Creator will be announced on the night.