When Olivia Wilde stepped out at the 2016 Oscars in a white, pleated Valentino Haute Couture gown, we were floored — and not just because she looked stunning, chic, and sexy in the low-cut number, which she paired with an embellished choker and beaded clutch. We had seen a similar style before: on Alicia Vikander at the Golden Globes.

So now we ask you, which version do you prefer? Alicia's more modest cut from Louis Vuitton? Or Olivia's version, which showed more skin? Let us know in the poll ahead! 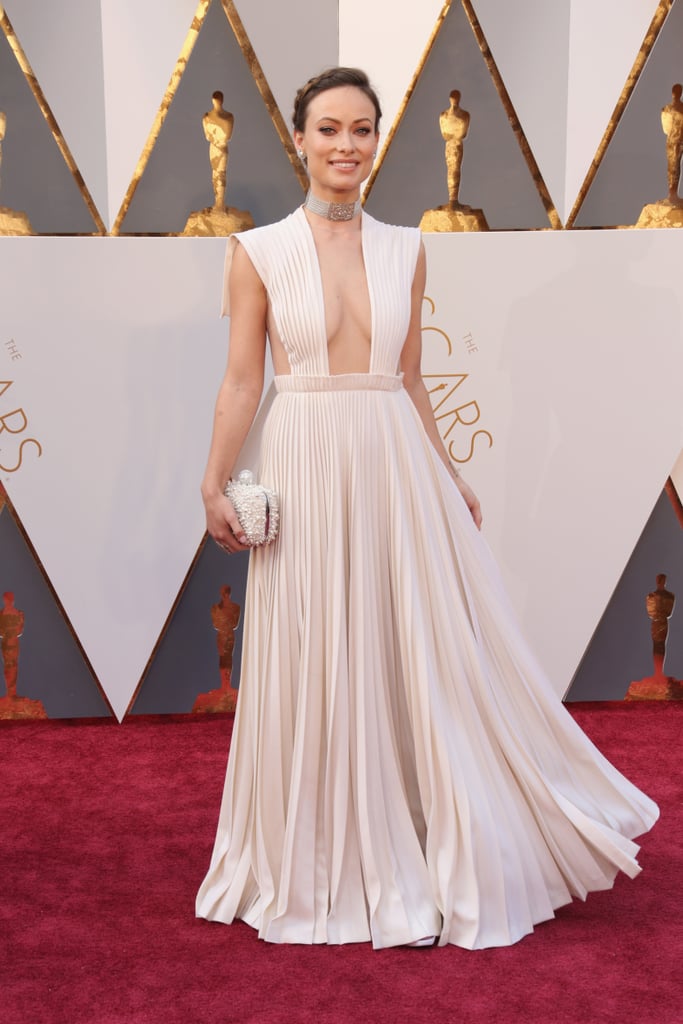