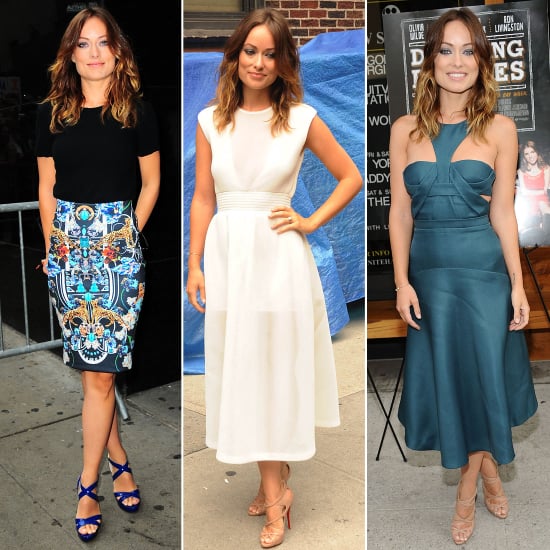 As fashion devotees, we love a good costume change. Apparently, so does Olivia Wilde. The actress was busy promoting her new film, Drinking Buddies, and dressing the part in three red-carpet-ready ensembles. First she hit Good Morning America in a printed pencil skirt, black tee, and strappy coloured heels for a cool effect. Up next, Olivia headed to the Late Show With David Letterman with an entirely new look: an ethereal white fit-and-flare dress and nude Christian Louboutin heels. But there was one more stop (and one more change) before she called it a night. Olivia stepped out at the Brooklyn premiere of her film in a sculpted and cutout teal halter dress, but kept her Louboutins on. That's the rundown — three looks, one day, but which one gets your vote?