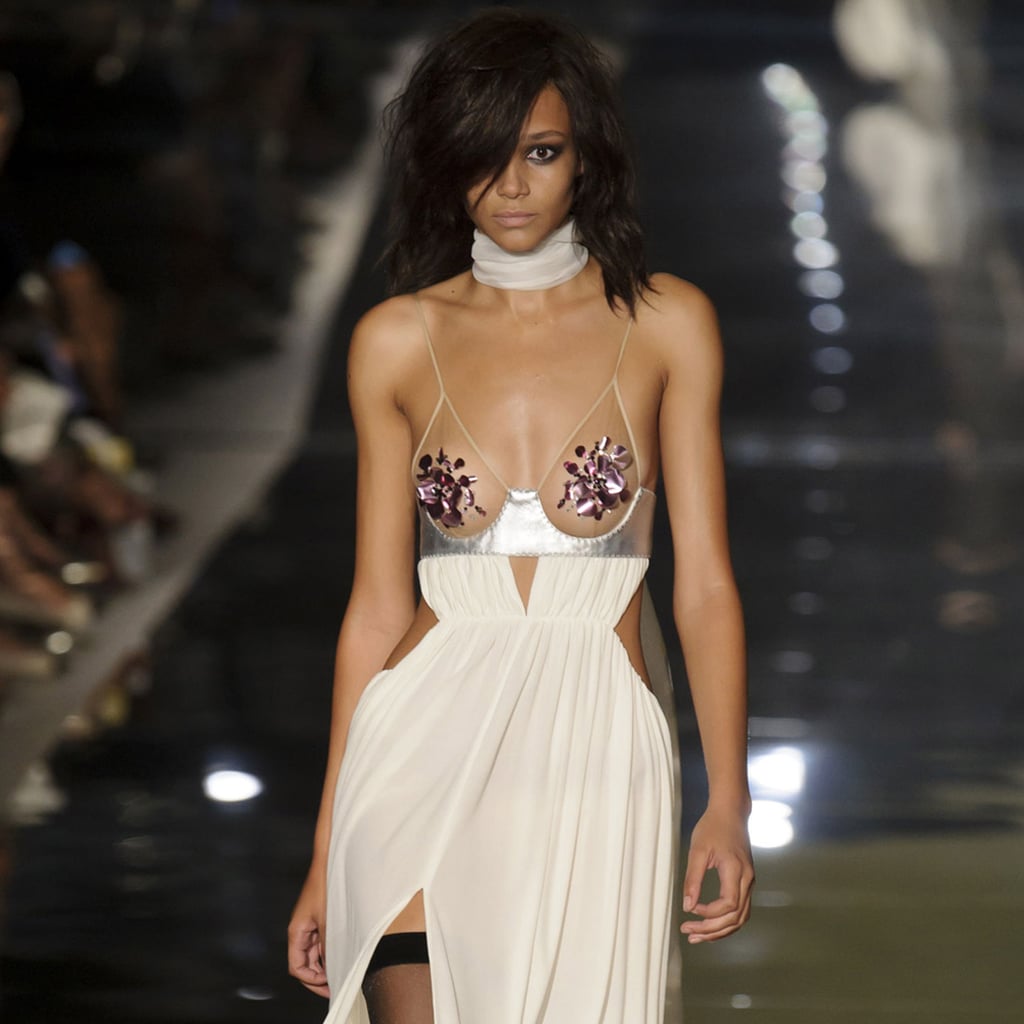 When Lil' Kim did it, she was lambasted for going over-the-top inappropriate. When Lindsay Lohan did it, she was critically panned by the whole of the fashion industry. But when Tom Ford revealed a Spring 2015 collection filled with pasties, we're certain it'll end up being the next big trend, coveted by street style stars for seasons to come. Why? Because only he can create garments with so little modesty that still look fashion-forward and, dare we say, elegant.

To be clear, the designer's collection wasn't just about beaded breast coverings (though we applaud the wedding-white gown with purple embellishments most of all). His mod army of models showed off a glam-rock sensibility that was near blinding in its boldness. Key looks featured flared trousers and tight tailored jackets done up in molten metallics and dark sequins. And even if most of these looks aren't red carpet ready, we're certain there's going to be a serious run on the shoes, a cool mix of leopard-print platforms and studded sandals.

But, like last season with his Molly jersey, we're pretty sure of the one thing that will be remembered from this runway. And we're certain Mr. Ford is all right with that.