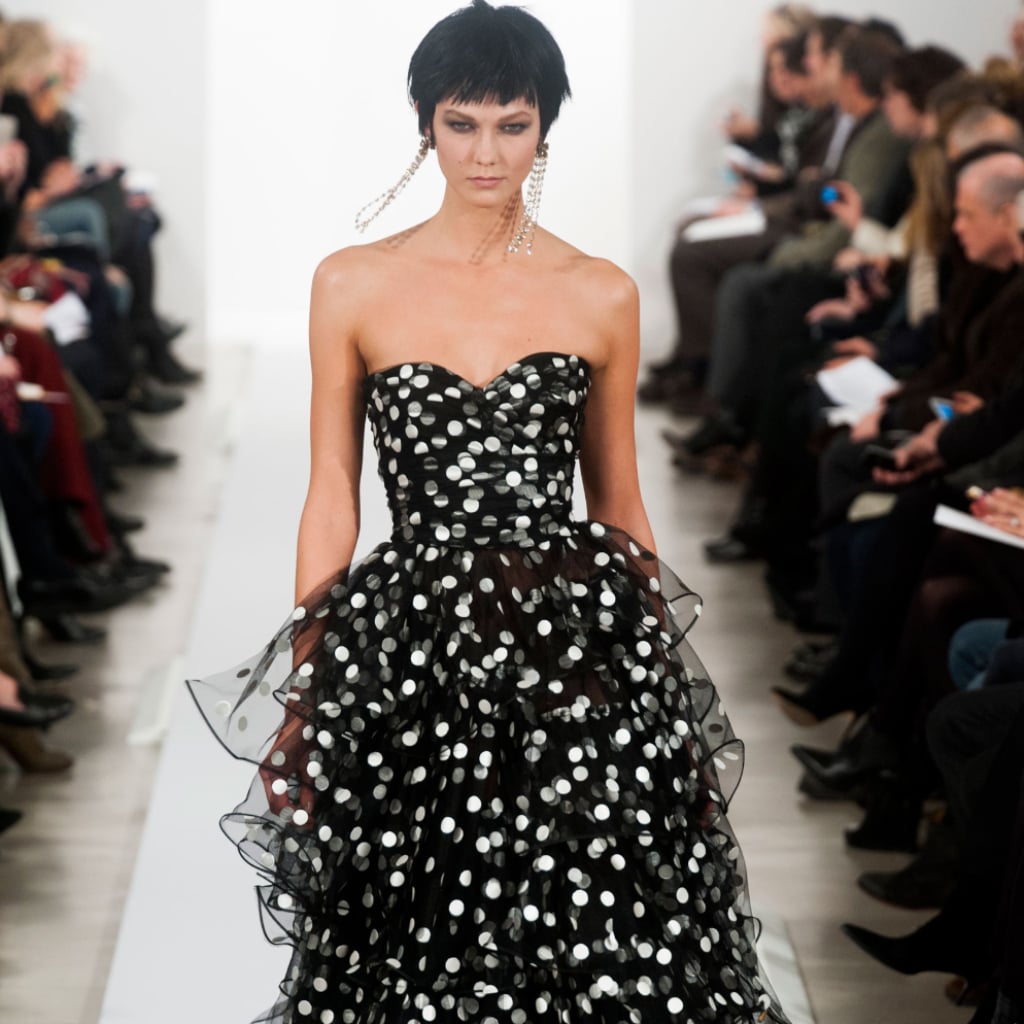 If These Oscar de la Renta Dresses Could Talk . . .

Before setting foot into an Oscar de la Renta show, you have a general idea of what to expect. There will be lace, there will be tulle, and there will be gowns. We got plenty of all that, thankfully, but what we weren't expecting were pinstripes. The first handful of looks were as far into menswear as we've seen from the designer, but even with the heritage print and structured silhouettes, feminine touches still shown through, like with a charcoal peplum waistcoat.

It didn't take long to get to the more expected but no less awe-inspiring mainstays of an OdlR show. Some notable looks were a black and white sequin-embroidered silk blouse tucked tightly into a semisheer laser-cut wool felt pencil skirt, a belted burgundy velvet dress under a matching mohair coat, and a multicoloured patchwork jacquard dress with a ruby fox fur collar. Then, there were the gowns. Of course, the final number — walked by Karlie Kloss before she took a bow with Oscar himself — was one we'd love to reach out and touch. The polka dots on the tiered ruffles of tulle looked fastidiously hand-painted. But of all the senses, the one that took us most by surprise was sound. We could hear two dresses coming before they even emerged from backstage. One flapper-esque sheath made of layers of silver beading and pearl fringe rustled with every step, and a gold gown of lacquered feathers and circle beads clinged and clanged so beautifully that it was a pity to think it'd ever just hang on a rack.