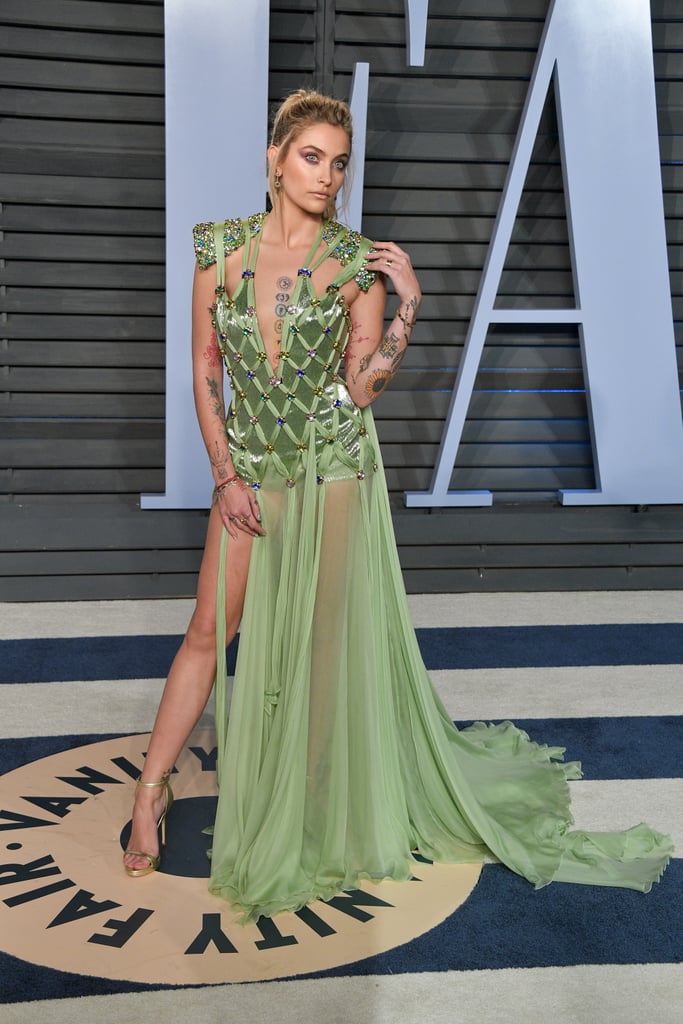 Paris Jackson is glowing! The 19-year-old model and daughter of the late Michael Jackson left her wand and fairy wings at home, but she still managed to shine bright at the 2018 Vanity Fair Oscars afterparty. In a stunning Versace gown, Paris transformed into a sexy Tinker Bell for Sunday night's events, even sharing in her Instagram comments that she was going for the look of the Peter Pan pixie character. The colourful embellished gown was the ideal shape to flaunt each of her vibrant tattoos.

What may look like a simple, nostalgic tribute to the Disney days could actually be an outfit created in honour of Michael. In a 2017 interview, Paris told Rolling Stone that her father would call her Tinker Bell, as his only daughter. With her father's obsession with Neverland and actually seeing himself as Peter Pan, we can't help but connect this sweet moment to her Oscars outfit. Paris also has "faith, trust and pixie dust" tattooed on her collarbone. Read on to see Paris's magical outfit from all angles.

British Celebrities
Yes, That Was Liam Payne Performing at This Year's BAFTA Film Awards
by Navi Ahluwalia 19 hours ago

Award Season
BAFTA Awards 2021: The Best Celebrity Hair and Makeup Looks of the Night
by Sophia Panych 22 hours ago