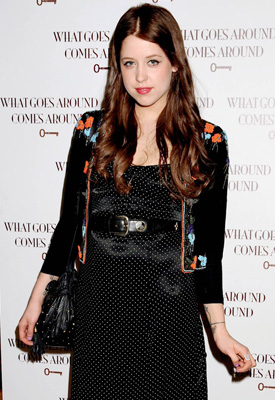 There were a lot of rumours online last week about the personal life of Peaches Geldof. The socialite/model/journalist is no stranger to making waves in the tabloids, but the latest scandal is not ready to go away just yet. Peaches is accused of taking heroin although she disputes the claims.

Ultimo, who recently appointed Kelly Brook as the face of their mainline, have decided to remove visuals of Peaches from all shops, their website and window displays.


"We have been in meetings all morning with regards to the stories that have surfaced over the weekend about Peaches and unfortunately we have no option but to terminate her contract. Miss Ultimo is a brand geared towards a young female audience and as a company we have a social responsibility to ensure we are promoting only positive role models that young women can aspire to. We are thus in the process of removing Peaches from the website and we are working with Debenhams to remove her visuals from all Miss Ultimo shops and window displays throughout the UK."

The allegations came after naked photos of an apparently intoxicated Peaches and a man appeared on the internet following a one night stand. To hear what her lawyer had to say, just read more.

Peaches' lawyer Jonathan Coad has released a statement defending Peaches and claiming she was under the influence of alcohol, not drugs. "The allegations that our client was carrying and injecting heroin are ... denied, our client having consumed alcohol with the other individual leading to the 'highs' described and portrayed in the photographs."

Storm Models are continuing to represent Peaches and have no plans to drop her. Peaches is thought to be in Los Angeles right now and is currently dating horror film director Eli Roth. Do you think Ultimo were right to drop Peaches?