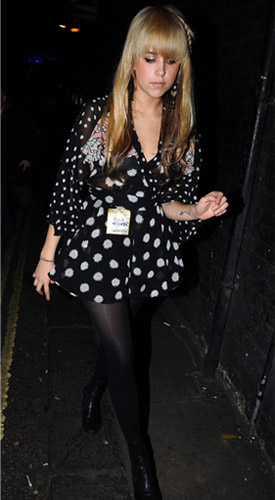 Peaches Geldof has decided to take her journalism career in to her own hands with the launch of a new quarterly magazine entitled 'Disappear Here'. The publication is about music, fashion, film, literature and "all pop youth culture".

Peaches has often spoken of her desire to be a journalist and has presented several documentaries so it's not surprising that she has put the wheels in motion for 'Disappear Here' which she will be Editor-at-large of.

The magazine is set to launch before the end of the year but what do you think of the plans? Would you be interested to read a style magazine that was edited by Peaches?