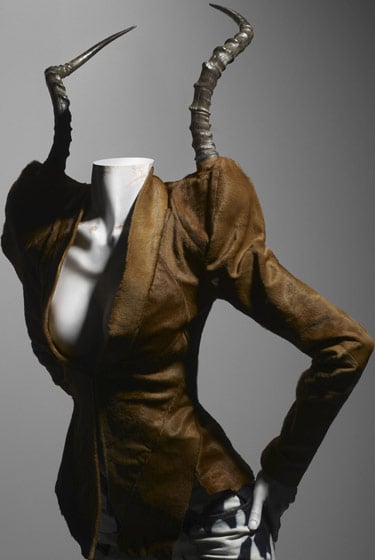 Preview of the Alexander McQueen Exhibit at the Met

It's hard to believe that it's been over a year since the untimely death of Alexander McQueen. The late designer has been subject to many tributes, but perhaps the most highly anticipated comes courtesy of New York's Metropolitan Museum. This week, there was a preview of the exhibit at London's Ritz hotel. It's going to open on 4th May and the preview was held by Anna Wintour and attended by Stella McCartney, a longtime friend of McQueen's and co-chair for this year's Costume Institute Ball. The gala will take place on 2nd May which is sure to host an impressive red carpet. Click through to see a sneak preview of the exhibition.

Photo: Sølve Sundsbø/Courtesy of the Costume Institute at the Metropolitan Museum