Anna Wintour headed down to City Hall in New York yesterday with an army of fashion designers to meet with Mayor Bloomberg and to launch the 2010 Fashion's Night Out. Big names like Marc Jacobs, Tommy Hilfiger, Donna Karan and Mary-Kate Olsen attended the event, with Marc later joking, "I was really happy to see people not in front of a computer screen adding to their cart, but actually getting out and interacting with each other." Ashley Olsen skipped out from the event, but the twins are teaming up with Fab US for their first-ever Elizabeth and James pop up shop! Fashion's Night Out will also take place in London again this year on 8th September so expect late night shopping whilst rubbing shoulders with models and designers. 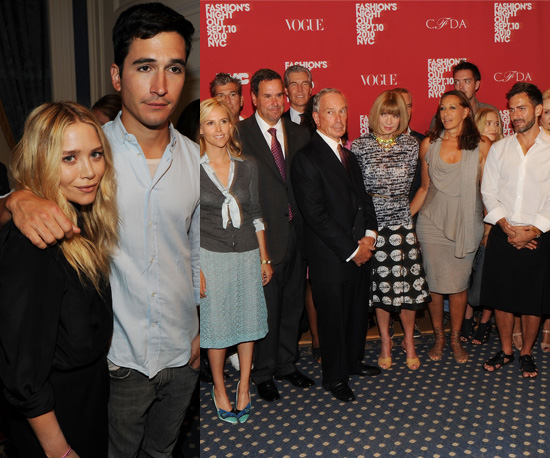