Ashley Isham knows his strengths and how to play in to them. He is not short on celebrity support and creates show stopping gowns that are perfect for red carpet events. This season, Paloma Faith caught the papparazzi's eye in a perspex jacket before taking her seat alongside Shingai Shoniwa from The Noisettes. The show opened with a diamante dress that had an armor feeling to it. There were a series of long gowns with draped detailing which were teamed with statement flower headpieces. One of my favourite pieces was a blue gown with a long multi coloured train that brightened up the white walled venue. There were also several cocktail dress in blue or silver or with statement feathers. Isham closed the show with a couple of bridal style dresses in ivory and gold. 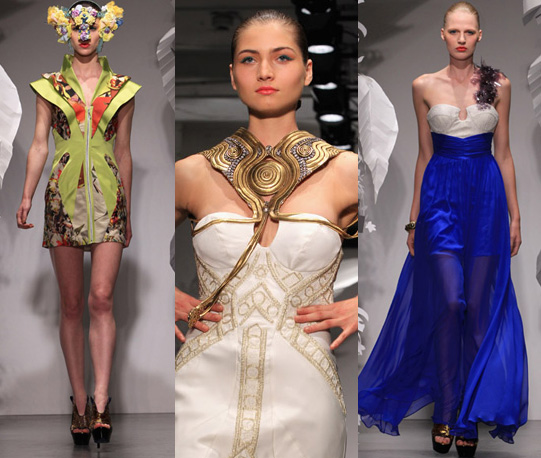 To see further photos from the show, just read more.