Burberry are doing such a good job of flying the flag for Blighty in the US that they literally lit up the New York skyline last night. The cities Mayor dedicated the whole day to the brand as a thank you for their contribution to retail and they had a party at the new Madison Avenue HQ to celebrate. The party is just a few days after Burberry announced its move to London Fashion Week. Many celebrities headed down to support Christopher Bailey including Fab favourite Alexa Chung who recently moved to the city. She was joined by fellow New Yorkers Blake Lively, Penn Badgely, Leigh Lezark and Julia Restoin-Roitfeld amongst others. 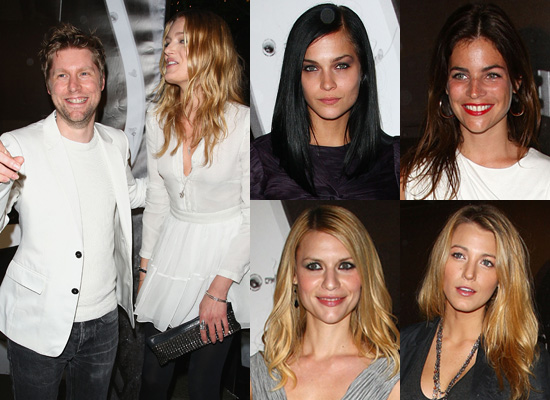 To see more photos from the party, just read more.