There has been a lot of hype surrounding the Twenty8Twelve catwalk shows since they began last season. Spring 2010 was no exception with an impressive front row boasting Anna Wintour, Alexa Chung (maybe she scored herself a future Vogue cover?), Pixie and Peaches Geldof and Leigh Lezark. Much like Topshop Unique, the soundtrack to this show was early '90s grunge and this was definitely reflected on the catwalk. The official inspiration list was pretty vast from modern artists like Willem de Kooning, to African street style photographs to the deep South. There were short shorts and crop tops revealing bare midriffs. Faded denim and scarves through the hair added to the all American vibe. Sienna literally jetted off after the show to make it to Broadway on time – what a commute! 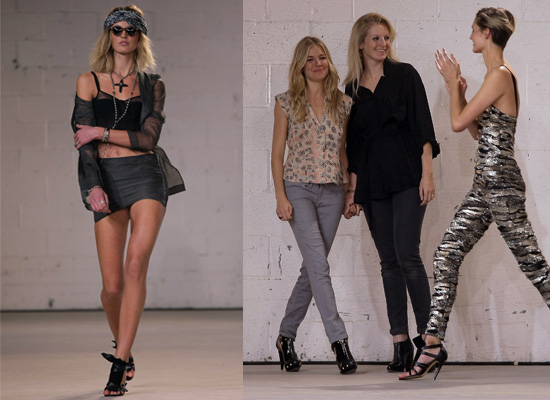 Stay tuned for the exclusive interviews that BellaSugar UK and I were able to get with Alexa and Leigh. Also, for more pictures just keep reading!