It would seem that football is having a moment, or rather footballers, as they become the focus of underwear ad campaigns. David Beckham made quite the impression earlier this year as his shoot for Emporio Armani adorned buses, department stores and billboards on both sides of the Atlantic. David has not renewed his contract with the fashion house, but has now passed on the baton to another ex-Manchester United player, Cristiano Ronaldo. The 24 year old Real Madrid footballer has just been revealed as the new campaign star which is yet to be shot. His first adverts will promote the Spring 2010 range. Meanwhile, David is rumoured to be creating his own underwear line. What do you think of Cristiano as a model? 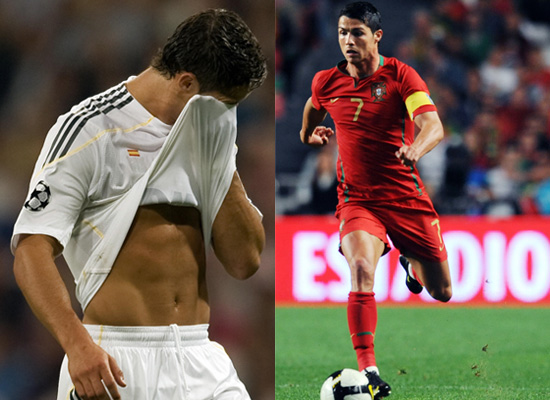