Last Autumn, Cristiano Ronaldo was announced as the new face of Emporio Armani underwear taking the reigns from fellow footballer David Beckham. The fruits of his labour have just been unveiled and show the Real Madrid player in various poses. Giorgio Armani commented on his new campaign star, "Cristiano is a great looking man with the perfect physique of an athlete. For me, he is the essence of youth – spontaneous, exciting, a real maverick." It was shot in Madrid by Mert Alas and Marcus Piggott and will appear on billboards around the world from February. 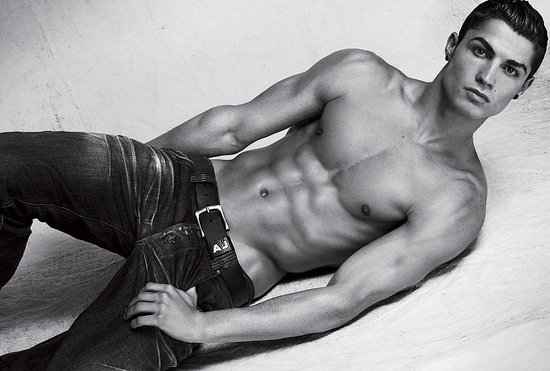 Cristiano is pleased with the shoot explaining, "Giorgio Armani is a legend in the fashion world and I have long been a fan of his work. I am very pleased with the pictures we have done together – they are certainly striking and are full of an attitude and spirit that I can relate to." Earlier this week, Megan Fox's first campaign for the brand were revealed as she took on Victoria's role. What do you think of Cristiano's campaign?