Daisy Lowe was out on the town last night being cheeky with her gal pal Jaime Winstone. The model attended the premiere of the new Banksy film where she did a spot of spray painting herself. However, it's not her antics which got my attention, but rather her gorgeous arm candy. The Mulberry Alexa is a very popular bag this season and has been spotted everywhere since its release in January. The leopard oak version (£795), which Daisy is pictured with here, has been particularly hot. I love the funky print, do you like the Mulberry Alexa in this style? 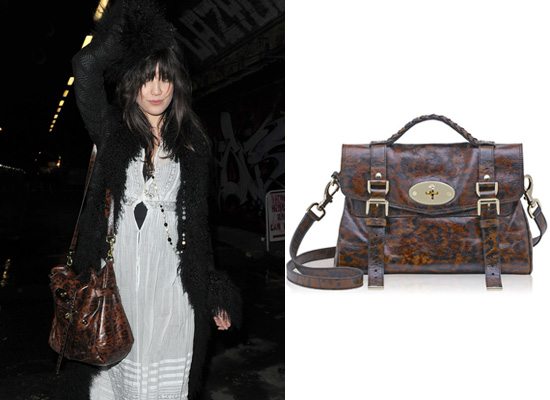 Image Source: WENN
Bag To HaveDaisy LoweMulberry
Around The Web