Daisy Lowe attended the gala screening of Boogie Woogie last night along with Jaime Winstone who stars in the film. Daisy embraced the maxi trend for the red carpet teaming an Alexander McQueen number with a leather jacket and a grey clutch bag. Earlier this week, it was announced that Daisy would be gaining a new sibling as her Mum, Pearl, revealed she was pregnant for a fifth time! What do you think of Daisy's red carpet look? 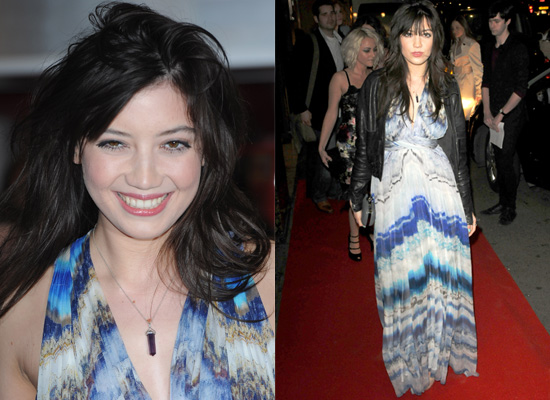