I don't know if you've noticed, but London has been invaded elephants! Colourful, painted elephants have popped up all over the capital as part of the parade which is raising awareness of the crisis facing Asian elephants. They have all been decorated by creative people including many fashion designers. Names like Alice Temperley, Manish Arora, Diane von Furstenberg, Matthew Williamson and John Rocha have lent their hand to this project which has got everyone talking. This weekend, I spotted Manish Arora's colourful creation (bottom left) outside the Victoria and Albert museum and it has quickly become one of my favourites. Have you been checking out the elephants? 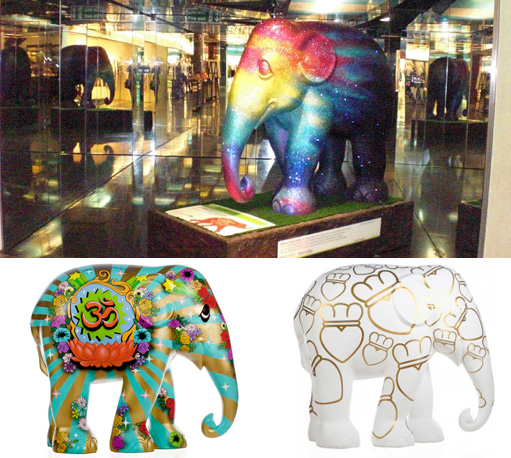