Holly Fulton's New York city girl took a trip to somewhere exotic for Spring 2011, taking a touch of the city with her. The show used Holly's signature style of prints with images of a city landscape including the Empire State building. There were tribal details to the collection like animal prints and bright coloured ruffles. Like so many other shows this season, there were plenty of cocktail dresses; some were wrap, others had punched out patterns of the city and cocktail glasses. There was a glamorous '70s vibe with wide legged, high waisted trousers and long city shorts. As always for Holly, there were statement accessories including fun clutch bags and chunky colourful jewellery. Do you like these pieces? 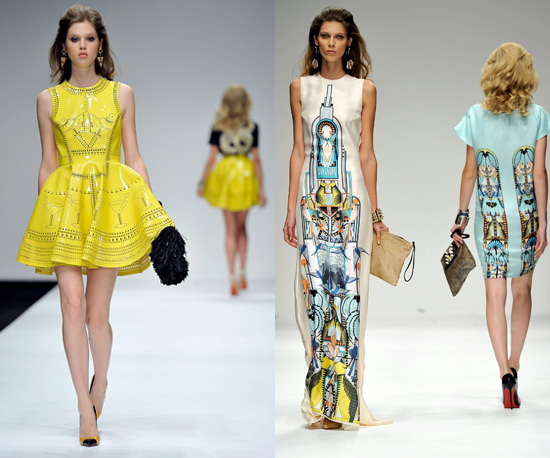 To see more photos from the show just keep reading.