Only one Brit Award has been handed out in 2011 already and it goes to Jessie J. The upcoming singer has been awarded the Critics' Choice prize (Florence Welch and Ellie Goulding have won it before her), and performed at the nominations party last night. Jessie wore black high waisted shorts by PPQ, with statement tights and a Tour de Force gold applique crop top. Do you like her ensemble? 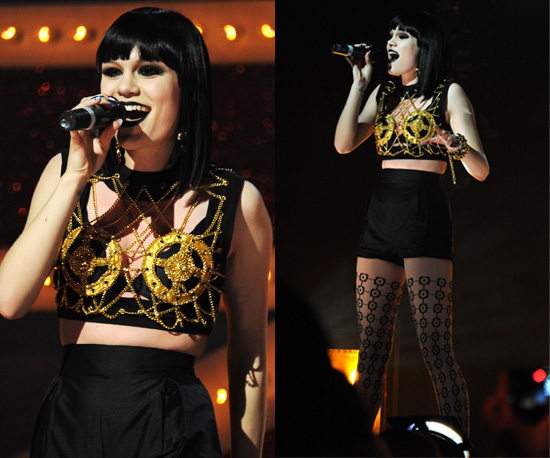