Loafers have been on our radar for a while as I have slowly, reluctantly given in to the trend thats sure to big again this Autumn. Alexa Chung and Fearne Cotton have long been working the style along with Kate Moss who is always ahead of the game. Recently she has been spotted out and about in a pair of black 'Jackson' loafers by Repetto. The appropriately named shoe has received an unexpected boost following the death of Michael Jackson as shoppers rush to imitate his style. Repetto's Paris store have reported an increased interest in the patent shoe which is available in black or white. The Jackson loafer (£150) will be available from ASOS from August or from Poste Mistress stores. 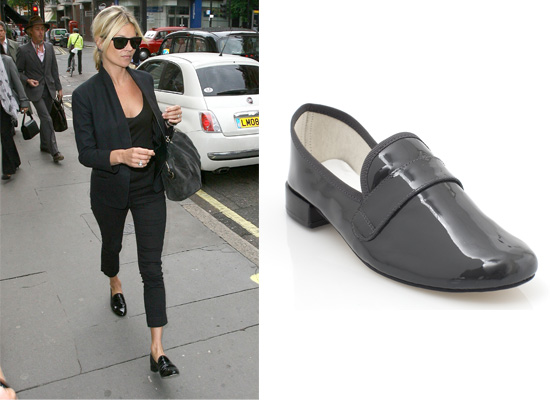