It's been a busy week in London for Kristen Stewart who began her week with a red carpet appearance at the 2010 BAFTA awards where she wore a Chanel frock. She next made an appearance at the Elle Style Awards in Pucci before heading to the Burberry Autumn show. Out of these three looks, which do you think is the most fab? 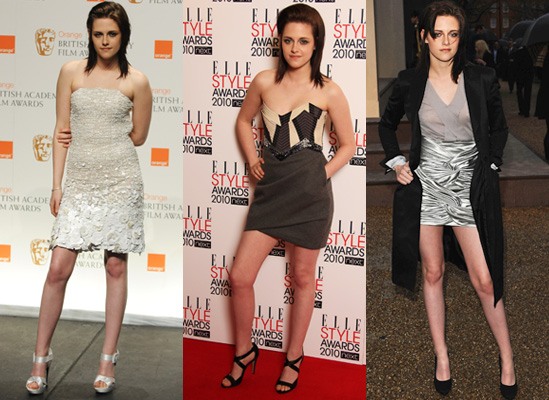