With just a few weeks to go until Lanvin for H&M is unveiled to the world via an online fashion show, an ad campaign has just been revealed. It shows models Hannelore Knuts, Jane Schmitt, Tati Cotliar, and Natasha Poly in black dresses which stay true to Lanvin's heritage. The girls are also wearing big shades and pearls. Lanvin has previously provided hints to the collection with a short video starring Natasha. Has this image made you more excited for the launch on 23rd November? 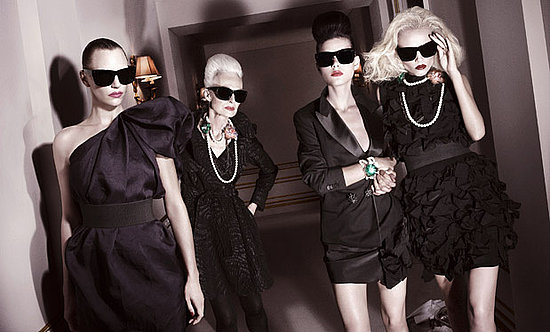