Lara Stone's first campaign as a newly wed has been been announced and it's a lucrative deal with Calvin Klein. Lara has landed the role of face across the board for CK including jeans, Calvin Klein Collection, and ck Calvin Klein. Previous models who have been in a similar role include Kate Moss, Natalia Vodianova and Christy Turlington. Francisco Costa explained the choice of model saying, “For me, Lara was the perfect choice for the new campaign because she is a woman who epitomizes confidence and sensuality.” See below for more advertising pics. I can't wait to hear what you think of this one! 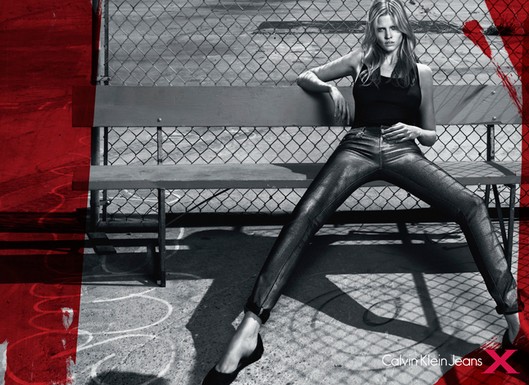 Kith
Gigi Hadid Modelled For Kith x Calvin Klein's Underwear Collab, and The Pictures Are Something Else
by Nikita Charuza 14/9/20

LGBTQ+
Calvin Klein's Pride Campaign Is Here, and the Photos Are Absolutely Stunning
by Yerin Kim 15/5/20