Lindsay Lohan went for a gothic look this weekend as she was out and about in Los Angeles. The actress turned designer has been involved in some drama this weekend as her driver is accused of running over a member of the paparazzi. She has also been working with the BBC to produce a documentary about child trafficking in India, entitled Lindsay Lohan In India, you can watch a trailer here. Last night, she was wearing a black coat dress with knee high boots and carrying an Alexander Wang washed hobo Bag. What do you think of her sombre look? 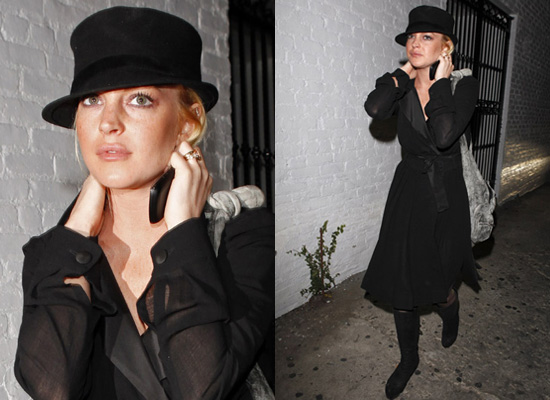