Lindsay Lohan made her Paris Fashion Week debut earlier this month following her appointment in the role of artistic advisor for Emanuel Ungaro. The actress has previous design experience with her leggings collection, and Ungaro were desperate to give the label a younger edge. Lindsay worked alongside Estrella Archs for the Spring line which was widely slated by the fashion press. 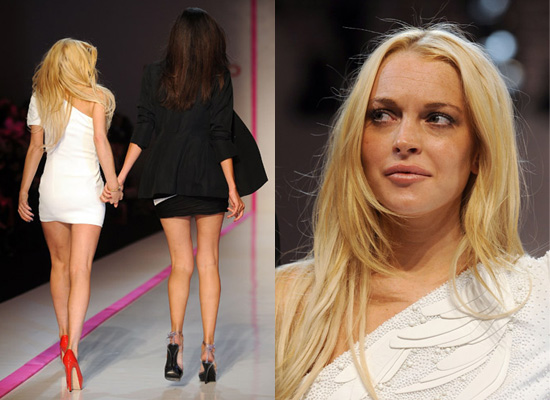 She has now hit back at her critics amidst rumours of her replacement claiming it was lack of time which held her back. Lindsay told People that "coming in so late and having not that much time to do a whole collection" was a major factor in the errors with the show. She also humbly stated, "I am learning". As for the questionable accessories, "I wasn’t aware of the nipple tassels on the girls until they were walking out." What do you think about Lindsay's design effort – do you think the press should give her a break?