Last night, I headed to the V&A Museum to watch the London College of Fashion MA show. The college always has a high calibre of graduates, and this year was no exception. One thing which struck me, was how many students opted for menswear this year. 2011 is already hotting up to be a great year for menswear as more focus is placed upon it (not least because of the launch of Mr Porter), so maybe students realise there is a lot of potential in designing for guys. Indeed, the collection of the year was awarded to Matteo Molinari whose tailored menswear came with a twist. His slim fit trousers had a dramatic high waist and there were androgynous elements. 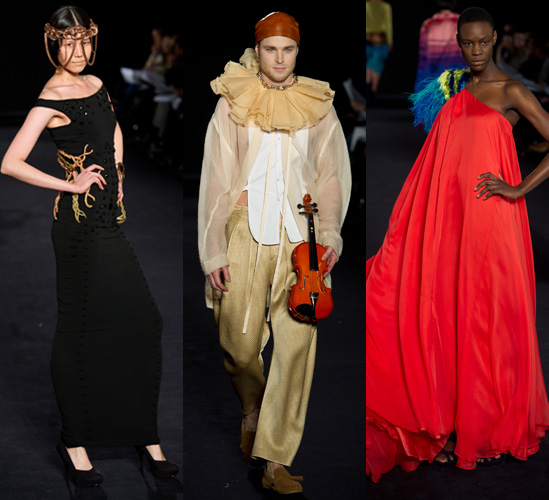