Naomi Campbell's latest ad campaign has been revealed and it's for Dennis Basso furs. The images show Naomi posing in a petrol station in a range of incredibly expensive fur coats. Dennis Basso is a controversial brand, so this ad campaign is sure to ruffle the feathers of animal rights activists. She is not one to shy from controversy, earlier this week, Naomi talked about racism within the fashion industry claiming that an editor in chief was fired for placing her on the cover. Do you like this ad campaign? 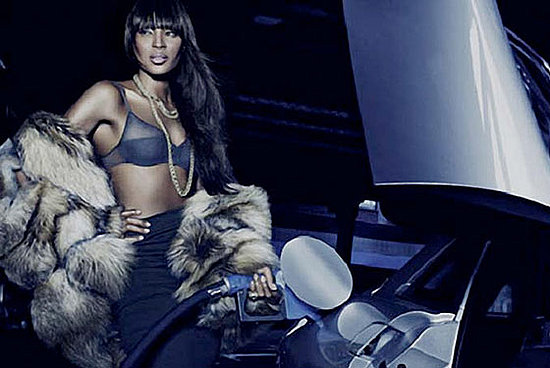 Architectural Digest
See Inside New Mom Naomi Campbell's Home in Kenya, Complete With a Pool in the Living Room
by Lauren Harano 19/5