Nicole Richie was spotted out and about in LA yesterday wearing this chic, understated ensemble. She brought a shot of colour to the casual look with a bright red scarf. She is often spotted out with her trusty Balenciaga handbag, but news today suggests that she might soon be carrying her belongings in her own designs. Nicole has revealed plans to add handbags to her House of Harlow line. She added footwear for 2010 so the next logical step is definitely bags. Not much has been revealed about her new designs although sources say that they are “very, very, very Nicole.” See below to copy Nicole's casual look. 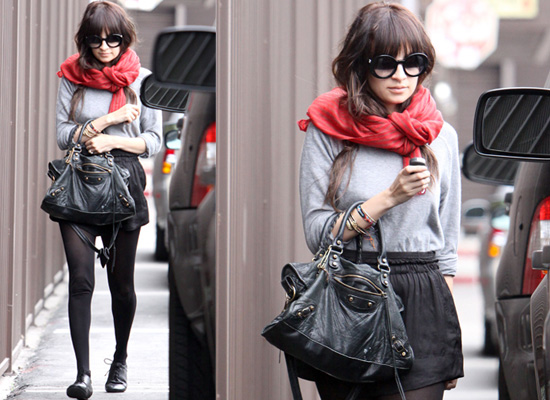