The Autumn 2010 shows kicked off in London this morning with Paul Costelloe's collection. The Irish designer began with plenty of metallics in bronze shades and jacquard fabrics. There were high waists and big full knee length skirts as he played with dimension. The show continued with several full length belted coats which fell somewhere between equestrian and military. As the line developed more colours were introduced with blue check and statement gold buttons. There was a bit of an '80s feel to some of the party dresses and trousers with perhaps the most adventuous being a pair of high waisted satin trousers. 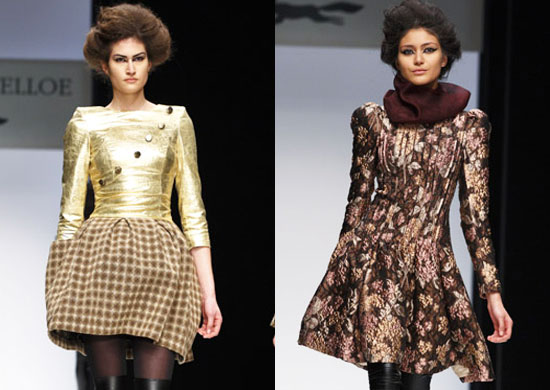 For even more amazing photos from this morning's show, just read more.