Victoria and David took the Beckham road show to Italy this weekend as David began his time with AC Milan. Victoria took the opportunity to catch up with her designer pals Domenico Dolce and Stefano Gabbana but did not let a self promotion opportunity go unnoticed. The new designer managed to squeeze an impressive 3 outfits in to fifteen hours! Her line of dresses has already sold out at Selfridges and department stores around the world have been impressed by her promotional work. What do you think of Ms Beckham's dress designs? 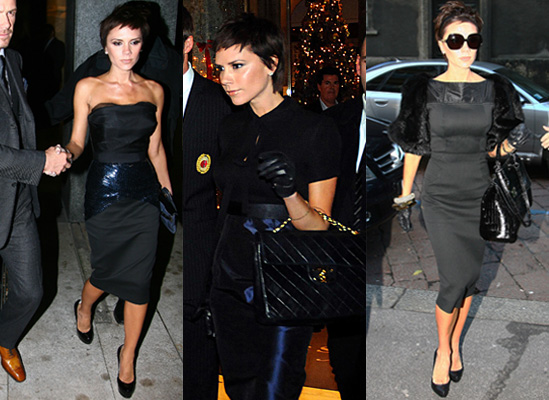