Last night, I was lucky enough to attend an exclusive screening of the first new episodes of The City and The Hills. Both series begin on MTV on 18th October and the first episodes are pretty explosive! Whitney Port attended the screening showing off her amazing model-like legs in gold tights and a cute white dress. She later layered up with a leather jacket and accessorised with a quilted handbag for dinner in Knightsbridge. Whitney spoke briefly about loving London shopping (especially Selfridges and Topshop) and her clothing line, Whitney Eve, which she would "love" to see in the capital's department stores. 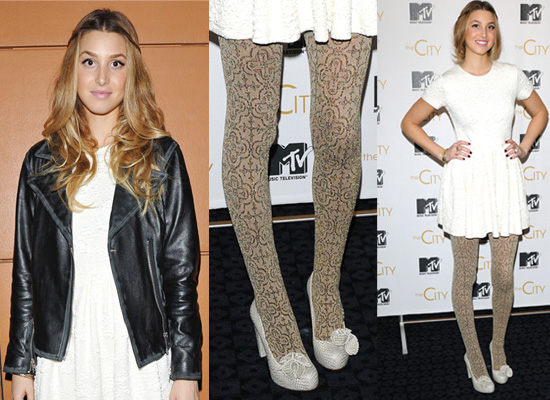