William Tempest is currently one of London's hottest young talents. The Fashion Fringe finalist of 2008 has really found his own style and has become one of the hottest tickets of the off schedule shows. For Autumn 2010, his presentation attracted a front row that included Louise Roe, Peaches Geldof and James Brown. Having met William last season, I was excited to see what his new line would include and what inspiration he would have picked up following his travels to the Middle East. He recently told Vogue, his line was influenced by "the story of the Queen of Sheba's visit to King Solomon, and a night I spent in the desert." The beauty looks played in to this with a Cleopatra style. This show unveiled his first foray in to footwear which he produced with Mechante of London. I loved the maxi dresses which were dramatic and elegant. What do you think of William's latest creations? 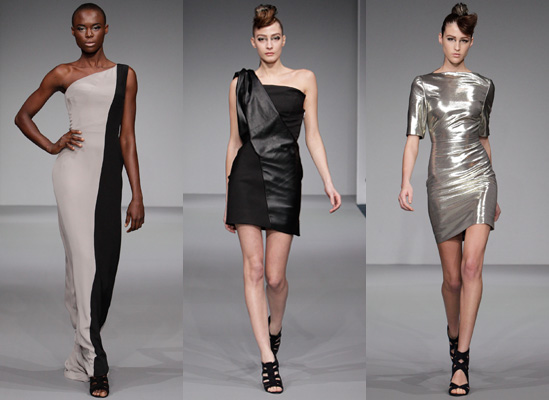 For further photos from the show, just read more.