Sex and the City 2 is finally released across the UK today, are you going to see it? Last night, the stars of the movie attended the premiere and partied at the Kensington Palace Orangery. You can vote on the best premiere beauty look here, but now we're moving on to the after party. Obviously, the girls have a wealth of designer clothes to chose from so they didn't want to limit themselves to one outfit for the whole night! Kristin Davis changed in to vintage Dior, whilst Cynthia Nixon went for a Erdem frock. Kim Cattrall rocked the one shoulder look and Sarah Jessica Parker wore an aqua coloured maxi dress. Out of these four looks, which do you think is the most fab? 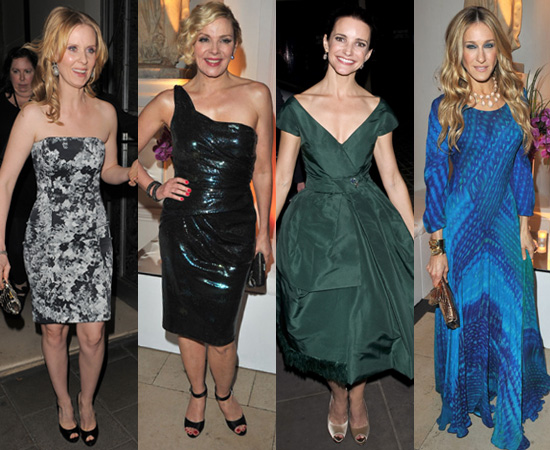