Stella McCartney's first ever foray in to childrenswear for Gap was such a success that they quickly snapped her up for another. The clothes were so cool that even adults were trying to squeeze in to them. Last night, she launched her Spring collection which is due to hit stores later this month. She relied on her famous Mother friends at the launch which included Kate Moss, Meg Matthews, Bay Garnett and Sharlene Spiteri. The line is very colourful with Breton stripes, denim shirts, printed sun dresses and anchor printed sweaters. The pieces go on sale on 29th March. 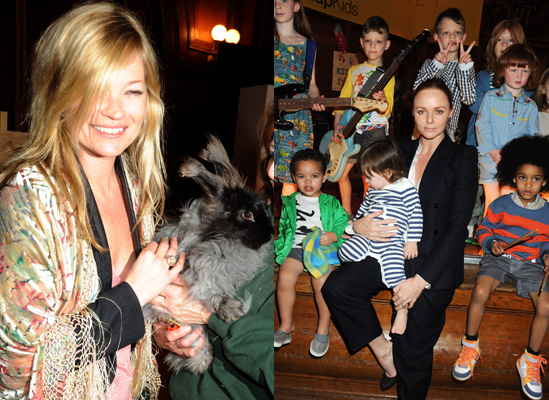 To see photos from the party, just read more.