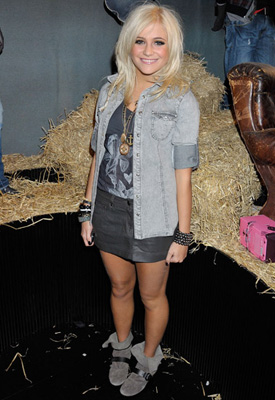 Last week the Fendi show took place in Milan, but now the attention has moved to the French capital and Karl Lagerfeld has brought the Fendi entourage with him. The Italian fashion brand are hosting a party in Paris and the main performer has been revealed this morning. The Fendi O' club has previously introduced Amy Winehouse, The Gossip and Kanye West to the fashion crowd and now it's Pixie Lott's time to shine in the spotlight.

The British singer has been spotted at festivals throughout the Summer, but this is certainly a big moment for her as high fashion calls! What's more, you'll be able to follow Pixie's preparation on Twitter as she tweets for Fendi O. Are you surprised by this choice?